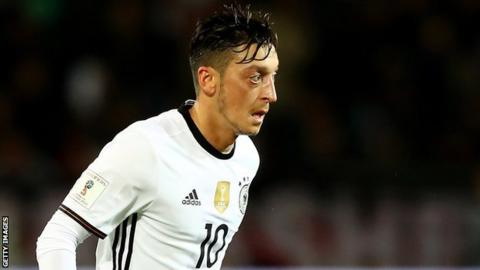 The team would see seven uncapped players participate at the tournament while some established players rest.

It would be another competition for the consistent German side. They won the World Cup in the summer of 2014 and then they reached the last four at the 2016 European Championships. This year’s Confederations Cup is a prelude to next year’s 2018 World Cup in Russia.

Germany coach Joachim Low has said the rationale for the choice of players is to inculcate the “ideas” and “mechanisms” of the team in new breed with the aim of bring “them a bit further towards world level.”

The experienced players in the team are Leroy Sane of Manchester City, Arsenal’s SkhodranMustafi, Emre Can, Toni Kroos, Marco Reus and Jerome Boateng.

Players like keeper Manuel Neuer, MesutOzil, Mats Hummels and Thomas Muller would sit out the games.