Bayern Munich’s perfect start to the new campaign ended when they hosted FC Koln on Saturday. 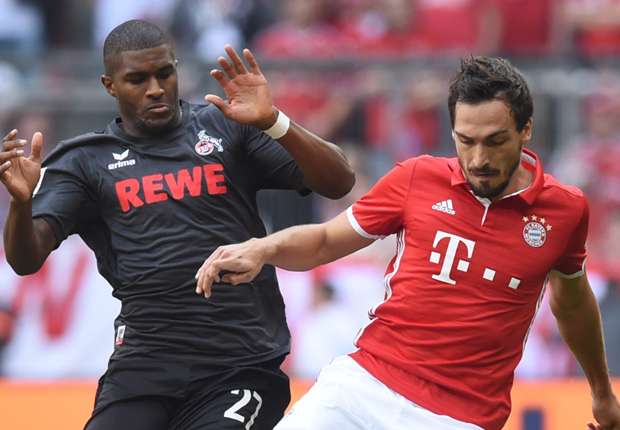 They had earlier won their first five game of the season, but their trip to Cologne ended their 100% Bundesliga start. In the UEFA Champions League, the Bavarians fell to their Spanish opposition – Atletico Madrid. They dictated the pace of the match, and even hit the bar three times. However, they failed to get any point from the game as they lost 1-0.

Koln protected their undefeated run as they came back from one goal down to share points. Joshua Kimmich scored a brilliant goal within the first 40 minutes of the game after Juan Bernat sent a well-timed cross. Thomas Muller was close to getting another after the recess but missed. Robert Lewandowski kept the pressure, but Bayern couldn’t kill off the game.

They paid for this when Anthony Modeste got the equalizer in the 63rd minute. The goal was the fifth if his campaign. This wasn’t the end. Koln tried to get another immediately, trying to seal the game like Bayern should. They hit a counterattack but the effort of Yuya Osako was flagged off side.