Bayern Munich striker Robert Lewandowski has once again urged his side to focus on signing top-class recruits in the transfer window. The Poland international feels the Bavarian giants need to invest on a regular basis in order to remain competitive at the highest level of the game. 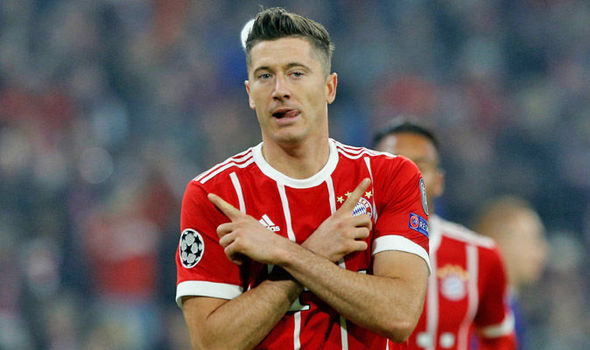 Earlier in September, Lewandowski demanded the club to sign more world-class players with money playing a big role in the success rather than player loyalty. However, Bayern chief Karl-Heinz Rummenigge did not agree with the striker's comments and insisted that Pole should carry on doing his job for the hefty salary he earns.

Despite the remarks, the former Borussia Dortmund has delivered a similar opinion in an interview with Reuters, he said, "We shouldn't delude ourselves. Each club needs to get a top player every two or three years to refresh the team, to bring some new blood, new quality."

Bayern started the campaign in a relatively slow fashion, which cost Carlo Ancelotti to lose his job. However, under interim boss Jupp Heynckes, Bayern have found their mojo, and they are presently leading the Bundesliga standings by a four-point margin - courtesy of Dortmund's woeful form in the month of October.

Meanwhile, when quizzed on his own future, Lewandowski ruled out the prospect of an exit in January as no one is prepared to take risks during the World Cup year. The Pole became the first player to score 16 goals in the European qualifying phase of the World Cup, and his nation will hope to have him in top form to make inroads in the next year's tournament in Russia.

The likes of Real Madrid and Liverpool have previously been credited with an interest in the experienced marksman, and there is a possibility that he could leave the German champions prior to the 2017/18 season.